Both the terms lift and elevator refer to a compartment or platform housed in a shaft for raising and lowering people or things to different levels. The main difference between Lifts and Elevators is their usage.

Lift and elevator are two terms that are used interchangeably on a daily basis. One employee may refer to the same compartment shaft as the lift or elevator. Both terms refer to the same compartment that either raises or lowers things or people within a building. But what is the difference between an elevator and a lift? It is not difficult to compare the difference between the two terms.

In this guideline, we are going to discuss the main difference lift vs elevator. In this discussion guide, you will learn about the major differences between lift and elevator in depth. Here you go: What is a Lift?

1.To attempt to lift anything; to exert strength to raise or bear something

2.To rise in position, condition, or status; commonly takes towards upward mobility in social ranks or social stratification systems

These are three main meanings of the word lift. The literal meaning of the word is the number 01 meaning. It means that it helps in lifting people upwards. Other meanings are symbolic. This is also the meaning that is related to our topic. The lift is the compartment shaft that takes people upwards and the lower floor.

Thus, we may say that a lift is a device that transports people and goods to different floors within a structure. In British English, a lift is a machine that transports people and products between floors of a building by using a platform or compartment located in a shaft. This contraption is referred to as a lift in British English. So, British people use the term lift for referring to the compartment shaft that takes people between floors lying in a building structure.

What is an Elevator?

The elevator is the American term for a type of vertical transportation that moves people and things between floors of a building. As explained above, the British term for this mechanism is the lift.

The elevator is a phrase used in the United States to describe a sort of vertical transportation that transports people and goods between floors of a structure. The lift, as previously stated, is the British word for this process.

An elevator is a sort of vertical transportation device that transports people or things between levels of a building efficiently. Elevators are sometimes utilized in under-construction buildings. In the United States, the term elevator is commonly used.

So, the elevator consists of a platform and a transportation device. It takes people towards the upper sections of a building as well as lower sections of the building.

Difference Between Lift and Elevator

In General, both lift and elevator refer to a mechanical device that is used to carry people and things to different levels in a building. But the following differences can be noted between the two terms.

Both the terms "lift" and "elevator" refer to a mechanical device that transports people and objects to different levels within a building. However, there are a few distinctions between the two terms. In the following section, we will talk about what is the difference between lift and elevator:

Lift is a British term.

The elevator is an American term.

The main difference between lifts and elevators is their origin. The lift is a word that is commonly used by the British. It is a British term. People refer to the compart lifting and lowering people as the lift in Great Britain. On the other hand, the elevator is an American term that describes the same room that lifts and lowers people in a building structure.

Lift is a relatively simple mechanism that enables disabled people to move between the floors of a building.

An elevator is a type of vertical transportation that moves people and things between floors of a building.

3.What Is The Difference Between Elevator and Lift Structure?

The next important question to ask is: What is the Difference Between a Lift and an Elevator’s structure? By answering this question, you will spot another major difference between lift and elevator.

An elevator requires a shaft and has a completely enclosed cab. The cab and the machinery are enclosed by a shaft, which is a walled enclosure. Except for 42” panels on the platform sides, a lift normally has an open cab. Thus, the structure of the lift and elevator is also different from each other.

4.The Cost of Lift and Elevator

5.Types of Elevators and Lift

There are different types of elevators and lifts available in the market. Both types are widely different from each other. 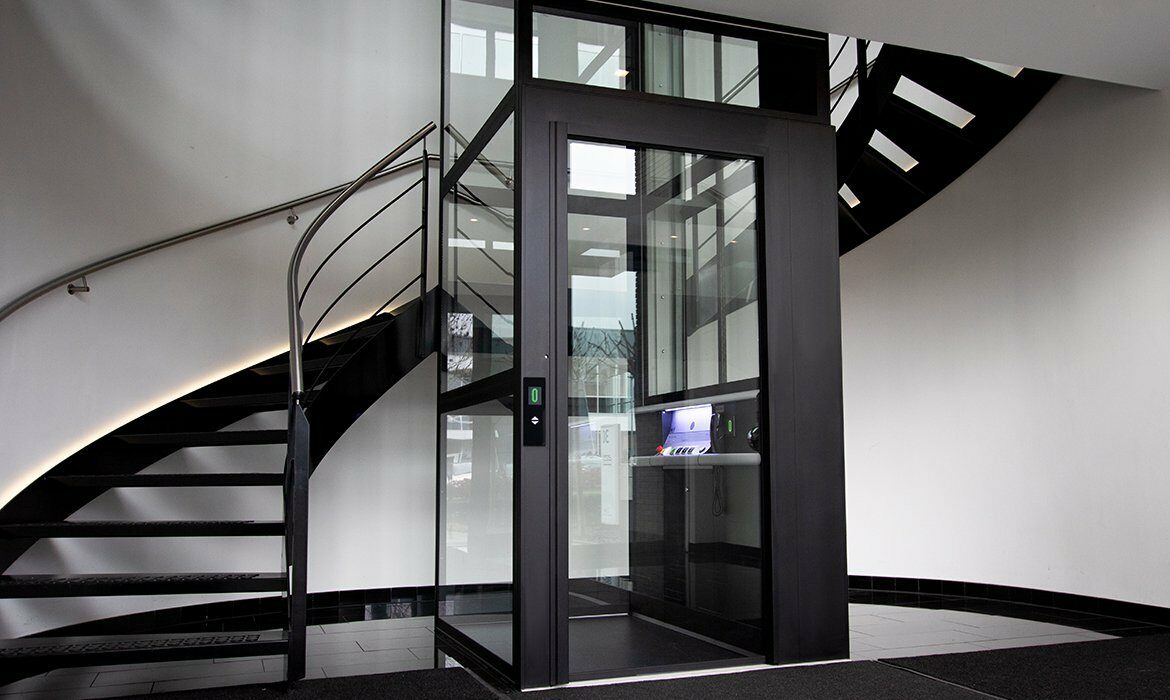 It has the following advantages:

●Added value to the property

●Accidents can be avoided.

●Shapes and designs that are out of the ordinary

●Stop button and other security features

OTSTEC is a professional enterprise engaged in elevator production and sales in China. With more than 20 years of production and export experience, OTSTEC is your most trusted elevator company in China. OTSTEC is committed to providing the most complete elevator solutions to customers around the world. It has more than 20 elevator series products including home elevators, passenger elevators, escalators, and car elevators. Factory direct sales, competitive price, and guaranteed quality.

These are the main differences between lift and elevator. Both the terms refer to the same compartment shaft that takes people towards upper and lower buildings. However, there is a wide difference between their usages, structures, and benefits. The elevators win from the lifts in every scenario. The elevator offers more benefits and easy solutions to the people.